In the 1980s, Multiple Personality Disorder (MPD) suddenly became the talk of the town. Tens of thousands of Americans were diagnosed with an illness that was previously unheard of. A trigger for this sudden epidemic was the release of a film, « Sybil ». Telling the dramatic story of a woman diagnosed with Multiple Personality Disorder, the film was shown across America making Sybil a household name.

Now, Sybil’s original diagnosis is being challenged. The psychiatric community is divided and people are asking whether MPD exists at all.

Sybil was born in Minnesota in the early 1920s. At the age of 37, she was treated by a psychiatrist, Dr Cornelia Wilbur, who came to believe that her patient was a multiple with 16 ‘alter’ personalities. Under hypnosis Sybil had recovered lost memories of a traumatic childhood. Dr Wilbur believed that Sybil’s mental illness had been caused by these extreme traumas she had experienced in youth. As a way of coping with the distress, Sybil had split-off, creating ‘alter’ personalities at moments of crisis in her life. These ‘alters’ would experience the pain instead of Sybil. It was a compelling theory, that used childhood abuse to explain multiple personalities.

In 1973 the book « Sybil » was published. It became a best-seller and was swiftly followed by a film. Within a few years Multiple Personality Disorder (MPD) had become a famous condition, widely discussed and debated, listed and detailed in the American psychiatric manual.

Sue Kiner was diagnosed with MPD six years ago. But now the question is being asked as to whether Sybil’s multiple personalities were genuine or had they been planted in her memory during hypnosis?

Dr. Wilbur claimed that during therapy an array of distinct and separate personalities had emerged from Sybil, each telling the doctor about some terrible experience of Sybil’s early life, experiences that Sybil herself seemed to know nothing about. The experiences were of being sexually and physically abused by her mother.

The goal of therapy, according to Dr. Wilbur, was to integrate all the alters into one personality. To achieve this the therapist had to get to know the role each alter was playing in the person’s life. Dr. Wilbur taught that this meant having conversations with these alters, however many there were.

Twenty years on, both Cornelia Wilbur and Sybil have died. However, Dr. Herbert Spiegel, one of the original psychiatrists who met Sybil, has recently made a claim that challenges Dr Wilbur’s entire theory and practice. Herbert Spiegel is concerned that suggestible patients are being unduly influenced in therapy, and this has raised controversy in the field.

Sarah Francis has a distinctly personal perspective on the disorder – she is a therapist who has also been diagnosed with MPD herself. She and many others disagree with Herbert Spiegel. They do not accept that therapy can create the disorder. Those who treat MPD say they are aware that memories may be unreliable in vulnerable people and this has been noted in the official diagnostic manual. They have also changed the name Multiple Personality Disorder to Dissociative Identity Disorder. The therapists continue diagnosing.

Nikki Stockley’s documentary explores the strange and surprising story of MPD through the lives of the patients themselves, and through the key psychiatrists in the field including Dr Herbert Spiegel, who has challenged Dr Wilbur’s diagnosis. With interviews from Sybil’s school friends, Horizon pieces together the life of the enigmatic woman whose case started the whole MPD phenomenon, and explores the truth about Multiple Personality Disorder. 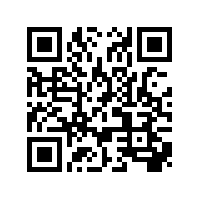