Politicians in the central African nation of Gabon have been accused of ritually killing children in the belief that it will increase their chances of election.

When the body of 13-year-old Ralph Edang N’na was found drained of blood and with gaping wounds last month, many in Gabon thought it was politicians who had ordered his killing.

The murder of children and young adults, whose organs are eaten or used to make magical amulets, has increased in recent years in the oil-rich central African nation.

Campaigners say some Gabonese politicians use the black magic rituals to boost their chances of winning lucrative government posts.

With elections to local municipal councils due on April 27, many fear a spate of gruesome child murders.

Every week, mutilated bodies are discovered in the capital Libreville, despite police patrols, and streets quickly empty after nightfall.

Scroll down for more… 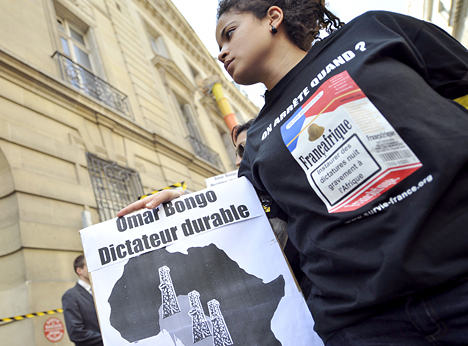 Protest: A member of

Anxious parents are keeping a close watch around schools to prevent children from being snatched.

« It’s before elections and ministerial reshuffles that the vilest crimes are committed and the capital empties of certain kinds of politicians who go to the interior to carry out witchcraft, » said pastor Francois Bibang, a member of the Association to Fight Ritual Crimes (ALCR).

In ritual killings, which still take place in several African countries, people are killed to obtain body parts and blood in the belief they will bring social success and political power. The victims are often children.

The ALCR says that in February alone there were 12 such killings in Gabon.

« Unfortunately, this practice seems to be spreading again in Gabon, » said Jean-Elvis Ebang Ondo, who founded ALCR after his 12-year-old son was kidnapped, killed and mutilated three years ago.

Mr Ondo condemned « the silence of the state » and called on residents to « fight off these assassins who sow terror in the heart of Gabonese society ».

The killings have continued despite a Gabonese government attempt to implement the U.N. charter enshrining children’s right to health, education and protection from abuse.

After a new penal code in January failed to mention ritual crimes, Mr Ondo called on the government to find out how many people had been killed in this way. No clear figures exist.

The head of an association against ritual crimes, Frederic Ntera Etoua, said 290 killings had occurred since 1986 in the thick jungles of the Ogooue-Ivindo province in the north-east, where Ralph Edang N’na was killed.

« There is a pyramid organisation with politicians at its head who pursue the famous ‘spare parts’, then the recruiters who are middle men, and then the suppliers and sellers who find the innocent victims, » said Mr Bibang.

Philippe Ndong, a psychology teacher at Libreville university, recounts a litany of horrors:

• An eight-year-old girl was snatched in the Ndolou region and killed in the central town of Mouila. The man allegedly responsible was a parliamentary candidate – and has since been elected.

• In 2002, a man in his 20s, Lucien Bigoundou, was killed in the Digoudou forest of central Gabon while on a hunting trip with others, who cut off parts of his body.

• In March 2005, the bodies of two 12-year-old boys were washed up on a Libreville beach – one of them Ebang Ondo’s son.

• A month later, six-year-old Warlys Igor Mboumba was found dead in a Libreville gutter, his body drained of blood.

• In January 2006, the bodies of three children under four were discovered in the trunk of a car in a private yard.

• Last April, two men suspected of sexually assaulting a three-year-old boy and draining his blood in a ritual killing were lynched.

ALCR member Emile Ngoua, a pastor, warned that lynchings could increase if no official action is taken to halt the ritual killings.

« It is up to the government to put a swift end to this impunity or risk seeing a rise in mob justice, » he said.

Gabon, with just 1.6 million people, is one of sub-Saharan Africa’s largest oil producers but most of its population continue to live in poverty, while members of a rich elite drive gleaming new cars along Libreville’s seafront boulevard.

Omar Bongo, the world’s longest-serving president, has ruled the country since 1967 and used the oil funds to weave a web of patronage which has created bitter competition for lucrative political jobs.

Speaker Guy Nzouba Ndama opened the latest parliamentary session last month by denouncing ritual crimes by politicians. But none have been convicted.

An attempt to prosecute a politician from the Gamba region last year failed after he claimed parliamentary immunity. 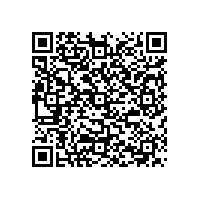