It’s quite simple, Vicki Polin created The Awareness Center eleven years ago, an organization also known as the International Jewish Coalition Against Sexual Abuse/Assault, which is dedicated to ending sex crimes in Jewish communities globally. http://theawarenesscenter.org

Vicki works within every movement of Judaism, from the unaffiliated to renewal, reform, reconstructionist, traditional, conservative communities and all the way to the orthodox, charedi and chasidic world. Vicki’s job has not been easy, because she’s been shining a light on things no one wants to acknowledge as being problematic. Over the last eleven years Vicki’s been threatened, spit on, insulted and verbally abused in her attempts to mentor and advocate for those trying to use the legal system to obtain justice. Vicki’s resilience helps her to continue on to educate and protect our communities from sexual predators, and also offer support to those who have already been victims of sex crimes. Her personal mission is to offer hope and healing to many of those who feel they have been tossed aside.

Under Vicki’s direction, The Awareness Center does its best to act like the « Make A Wish Foundation » for survivors of sexual abuse/assault and their non-offending family members. 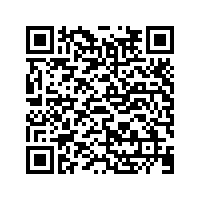