SALT LAKE CITY (ABC 4 News) – It’s something out of a nightmare – satanic rituals and human sacrifices, but this nightmare is real for Jenny Hill. It’s a secret that’s been burning inside her since she was a little girl.

Jenny Hill explained, « Naked, tied to a cross, when you’re young. I was six years old and I qualified. »

Byington explained, « She had been sexually abused and ritually abused as a very young child so she had these multiple personalities that anytime she got into a stressful situation they would take over her mind and body. »

Jenny’s first alter personality was born at the age of 4. That’s when jenny says her father, a devout Mormon, began doing the unthinkable.

Hill said, « He told me he loved me over my mother. There’s your secret. »

It was just a couple of years later when the satanic ritual abuse began and that created more personalities to help her deal with the sexual abuse and torture.

Byington explained, « It’s like she knows she’s being abused but she can’t feel the abuse because these alters are holding the pain. »

Jenny didn’t remember the abuse; all she knew is that she would lose time until one day she woke up in a Utah psychiatric hospital confused. Dr. Weston Whatcott treated her.

« If this was not real with her, she deserves 17 academy awards,” said Whatcott.

He also noticed those personalities come out in her writings. Much like her childhood diaries, her adult journals allowed the personalities to speak out and reveal what really happened to little Jenny. Still jenny wasn’t convinced that she actually had 22 different personalities until one day Whatcott video taped a session and played it back to her.

« She was so fascinated by that,” said Whatcott. “It was like she was a teeny kid. She got down on her hands and knees and climbed up and her face was about this close to the screen. She couldn’t believe that that was her. »

Whatcott says that was a real turning point for Jenny. She finally felt safe to tell her story, and with that, even more horrors came to surface including the time, she claims, she witnessed a human sacrifice.

Hill still relives that day. « I was tied up and they would do the same thing to her then to me and when it got to a certain part of the ceremony the pain was so extreme she cried hysterically,” explained Hill. “I didn’t cry, I didn’t moan, I didn’t make a noise like I was trained to. »

Jenny says on that day June 21st, 1965 she saw that little girl who cried out killed. She would have been next, but says she was saved by divine intervention.

Byington told ABC 4 News, « Jenny said she saw the feet of a man in the white light cause she was lying on the alter and it was right above her and it broke up the ceremony. »

Jenny thought she was all alone in those memories, but before Jenny’s mother, Mercy Hill, passed away she admitted in a secretly recorded conversation she was involved in the satanic rituals and saw the same light that saved Jenny.

Byington asked Mercy Hill, « You talked a little bit about the white light. Is there anything about that that you can tell me?

Mercy Hill responded, “Well, I don’t know. I can’t remember too much about anything but it seemed like there was a white light and it was kind of away from us and it shown down. »

« And did you see anything in the light?” asked Byington.

Mercy Hill replied, « Nuh uh. It was so brilliant you know? It was blinding. »

The realization that her parents may have been involved with the satanic group was a shock to Jenny, but not many others. In most documented cases, it’s often close relatives who perform the ritual abuse. In a study commissioned by the LDS church in 1990, 60 church members said they were victims of ritual abuse and 45 claimed to have witnessed or participated in a human sacrifice.

Hours before this story was to make air, Jenny Hill’s sister contacted ABC 4 to refute Jenny’s story. Susan Bradford says her sister is a very mentally ill person who is being taken advantage of by Judy Byington. Bradford says Jenny’s alleged abuse never happened and that her parents were not satanists.

To learn more about Jenny Hill’s story log on to: http://22faces.com/ 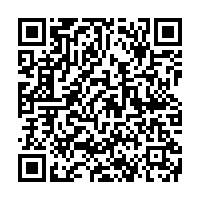